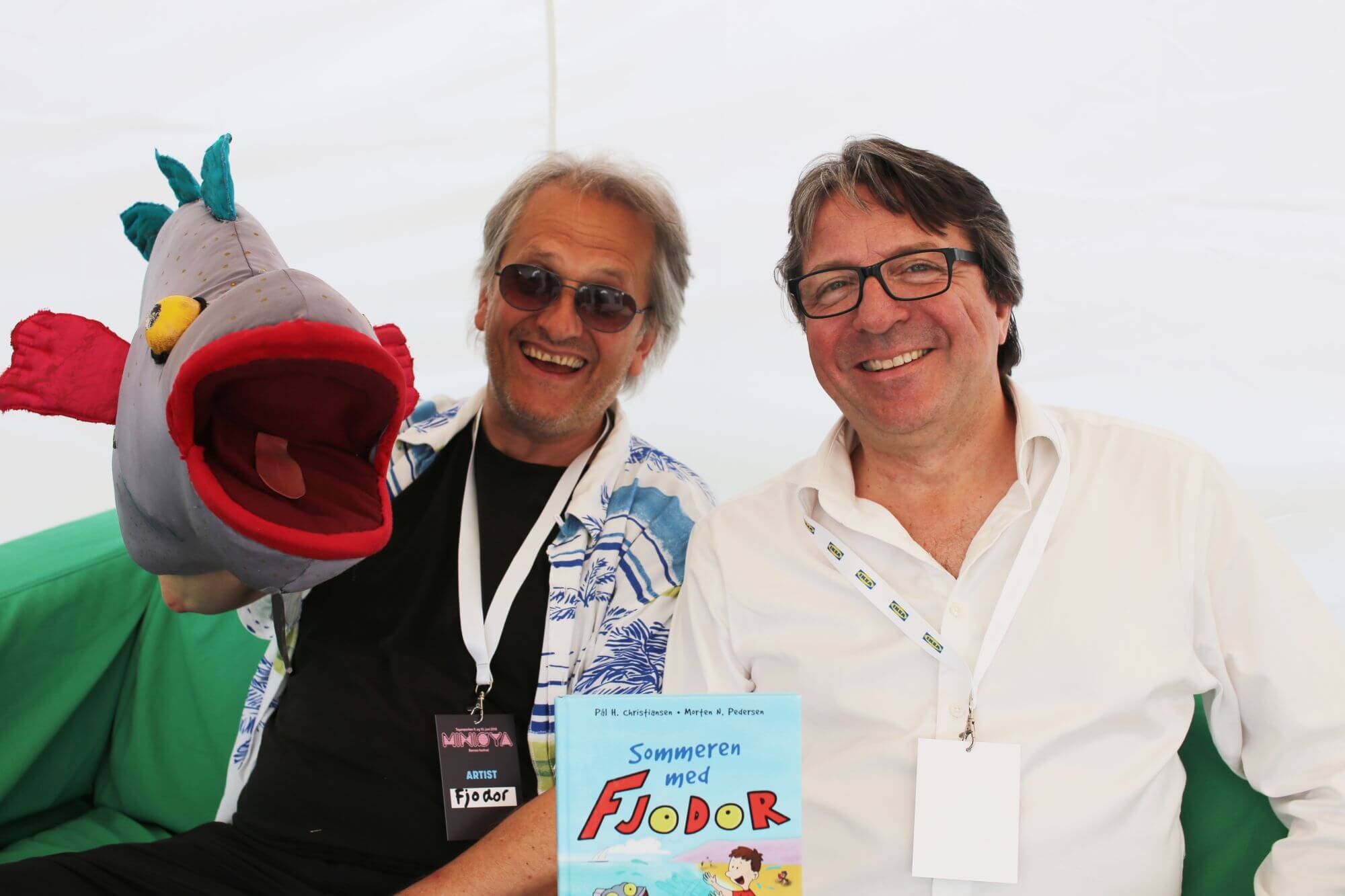 Guest article by Pål H.Christiansen about what can happen if you really engage with digital contacts – like he did with me 😉

I was probably one of the first Norwegian authors using the internet in trying to connect with people abroad in order to spread the knowledge of my work. Getting in touch with Annette Schwindt through Myspace in 2007 after the launch of «Die Ordnung der Worte» in Germany, really moved things in a new and exiting direction due to her enthusiasm and creativity.  Our collaboration made things happen that would never had happened without it.

Because of Annette’s networking the first two Fjodor books were published in German by Terzio with songs by Felix Janosa in 2011. A third book followed in 2013. The translations from Norwegian were done by Christine v. Bülow.

This led to several Fjodor plays being staged in Germany in the years to come. In 2011 there was a puppet theatre version of «Fjodor flippt aus» staged at Landestheater Schleswig Holstein by and with Sven Stäcker, who was made aware of Fjodor’s existence by translator Christine v. Bülow. I went down there to be at the premiere, and it was hilarous and extremely funny. In 2014 and 2015 there were musical stagings with grown ups and children in schools and theatre groups here and there in Germany, based on manuscripts written by Barbara Pöschl.

Felix Janosa also appeared with his solo show with Fjodor on some occasions. Actor Till Demtrøder, the voice of the German audio versions following the books, joined him in Hamburg and both the children as well as Felix and Till had a great time, I think.

The German Fjodor experience obviously inspired the Norwegian Fjodor activities, too. A Norwegian Fjodor play by Ola G. Strømme premiered in 2016. I had translated several of Felix Janosa’s songs to Norwegian some years back, and even made a demo of the Norwegian version of «Reparieren». Some songs were now included in Ola’s play.

In 2017 six of the songs were included when the five original Fjodor books in Norwegian were launched as audiobooks with music, produced by the Norwegian musician, actor and comedian Espen Beranek Holm. Espen also read the stories and sang six songs written by Felix.

In 2018 these and one more song were published as a digital CD called «Mitt ultrafiolette surfbrett» available on platforms like Spotify, Apple Music and Amazon. Several of the songs were on rotation in Norwegian radio throughout 2018. Espen appeared in a radio interview talking about the German-Norwegian connection among others. He also appeared on the major Norwegian children’s festival Miniøya.

I’m happy to see that Annette has established a good relation to my illustrator, animator and himself an established writer of children’s books – Morten N. Pedersen. I originally met Morten when he got involved in a Fjodor cartoon project that never really got up standing more than ten years ago (actually the German market was a bit in our heads then). Later I dragged him into the Mons and Mona project. And I wanted him to follow as the new Fjodor illustrator when a collection of all 5 Norwegian Fjodor books was made in 2016.

It’s wonderful how things develop in the digital world of networking! I wonder what will happen next.